BOBDOG, 1988 (Babu Bean) cartoon IP was born in Japan, entered Taiwan in 1991, and officially became a baby brand in the Chinese market in 1994, focusing on baby and child products for more than 20 years. Today, the former Babudou has transformed from a professional baby and child enterprise integrating R&D, production and sales to an asset-light company focusing on brand digital marketing integration, focusing on the integrated operation of BOBDOG cartoon IP, internalizing excellent external resources at home and abroad such as Japan, Taiwan and Shanghai, and combining the four parties who are the most able to sell, design, manufacture and do brands together to create a community of interests of "win-win cooperation, symbiosis and sharing".

The scope of authorization of Babu Bean is: children's clothing, children's shoes, baby underwear, stationery, school bags, toys, early education, games, books, strollers, bedding, maternal and baby products, bedding, daily necessities, accessories, gifts and other categories, Babu Bean also welcomes people from all walks of life to brainstorm together, whether cross-border or CP, Babu Bean is willing to cooperate with more top licensors to create a republic belonging to "Babu Bean" in the field of mother, baby and child industry.

THE BIRTH OF BOBDOG:

More than 30 years ago, Ms. Nagai longed for the American culture she saw on television. Seeing the lively and cheerful TV series and the protagonists in the comics are full of vitality, she was very impressed.

One day, Miss Nagai inadvertently had a sudden inspiration, and without hesitation, she drew the white dog she had raised as a child on the drawing paper, and her erect black ears showed its curiosity and sunshine.

In 1991, he entered Taiwan, China, and has since gone international;

In 1994, stationery imported from Taiwan became the first contact with children in Chinese mainland, and the first counter in Shanghai was established in the same year;

In 2000, the "inaugural issue" of BOBDOG news newspaper was published, and young journalists were selected in China, which was the first place in China to share stories with children;

In 2013, the BOBDOG series of cartoons premiered on CCTV, and were broadcast successively in Taiwan, Thailand and other places;

In 2017, BOBDOG successfully transformed into a brand culture communication company and set off again;

In 2018, BOBDOG 30th anniversary brand tour exhibition was launched in Beijing, Hangzhou, Shanghai and other places;

Pure and attractive gauze dress: give children a princess like childhood

Pure and attractive gauze dress: give children a princess like childhood 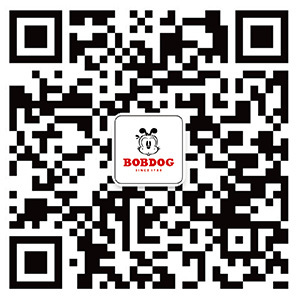